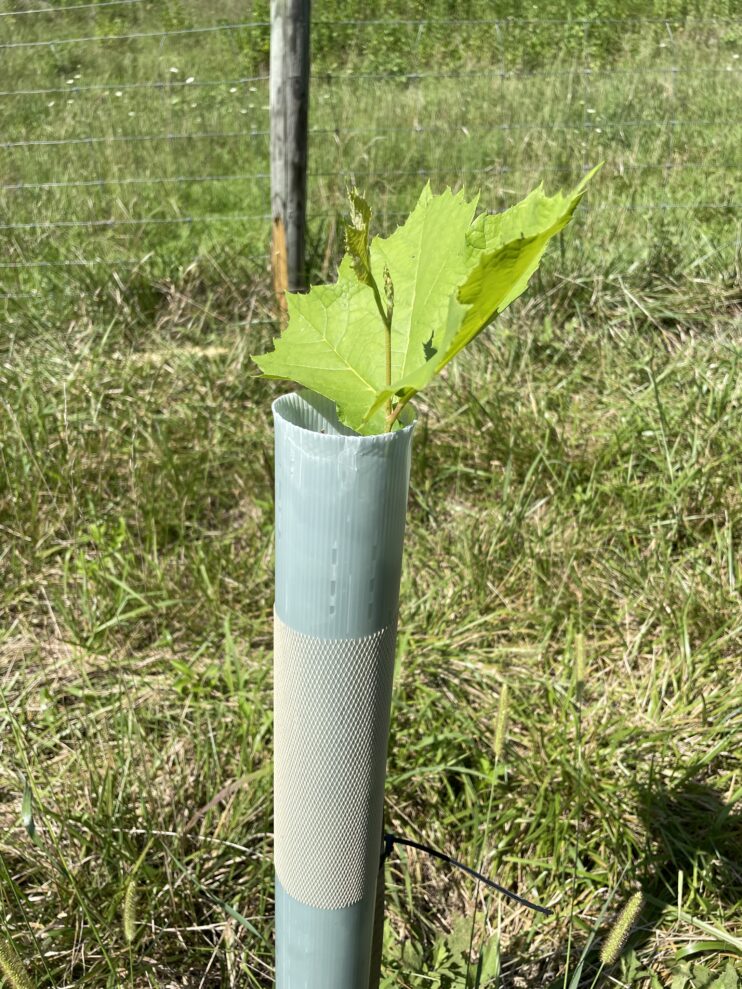 Landowners/producers Bill and Lea Braford rotationally graze a cow-calf herd on a 250-acre farm in Rockbridge County, Virginia. During a field visit hosted the Upper and Middle James Riparian Consortium in April 2021, Chesapeake Bay Foundation (CBF)  staff saw the farm as a great fit for the James River Buffer Program, which at that time had just expanded to the Upper James region. The program covers the full cost for landowners to install trees along rivers and streams in the James River watershed. 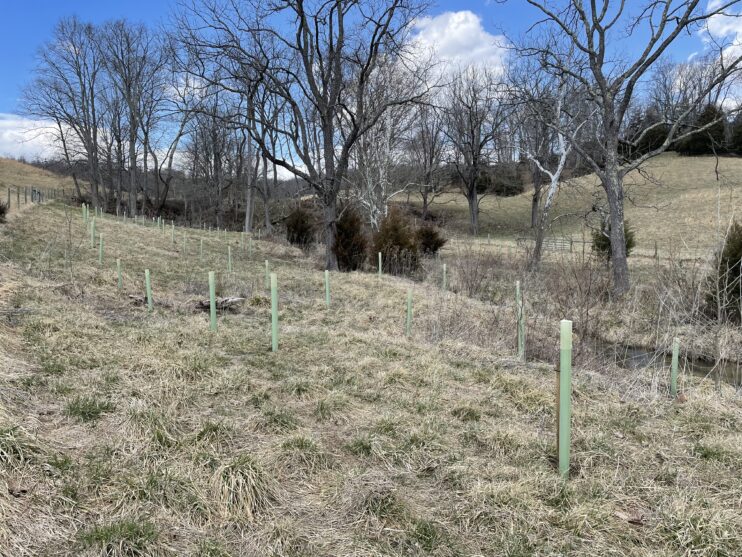 CBF began working with the Brafords to develop a plan for ~3 acres of new forested riparian buffers at no out-of-pocket cost to them. While the Brafords had already fenced cattle out of the farm’s streams through state cost-share funding and planted trees in select locations on their own, there were still several areas that the landowners wanted to see forested. CBF staff also offered technical assistance and cost-share for additional fencing to exclude cattle from an eroded seep in the middle of a field that was also planted with trees. 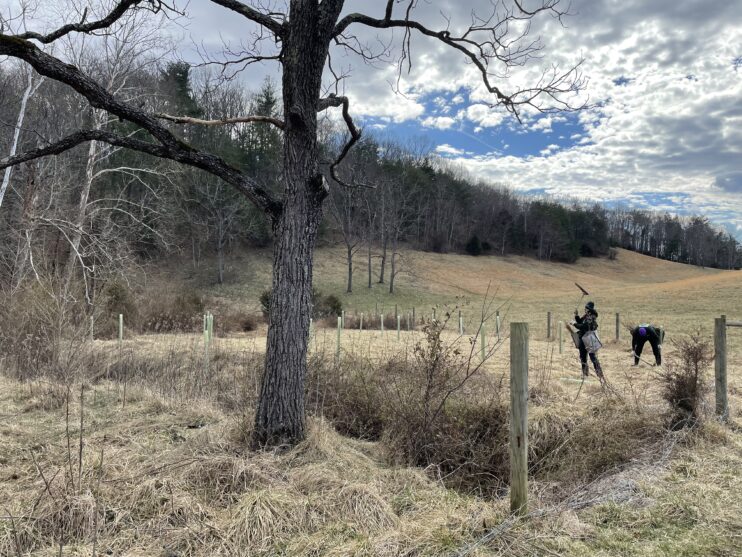 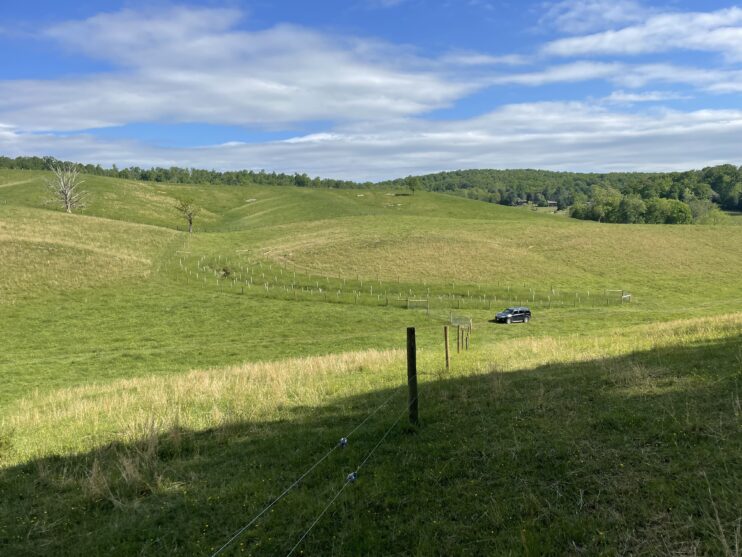 In addition to the site preparation and installation of forested buffers, the James River Buffer Program (funded 100% by the Virginia Environmental Endowment) also covers 3 years of establishment support, which can include mowing and herbicide applications depending on the site. When CBF staff returned to perform tree shelter maintenance and survival checks in August 2022, they found that 98% of the seedlings had survived! 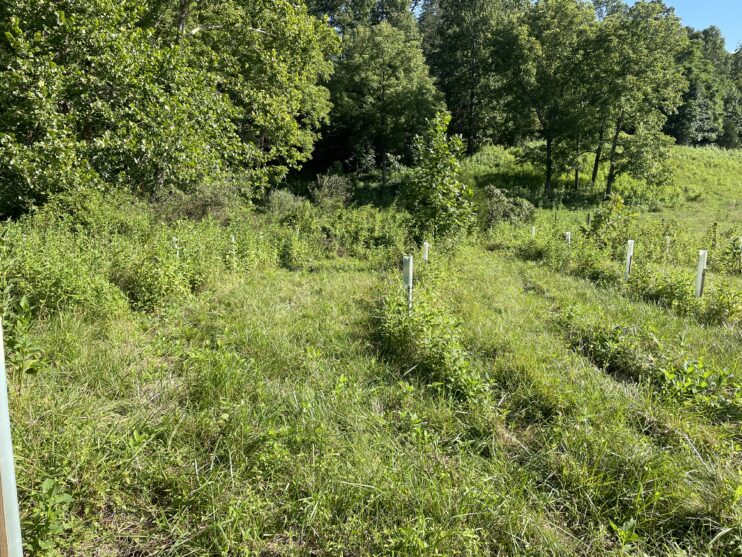 The seedlings not only were they surviving but thriving, as they were healthy, strong, and some (primarily the faster-growing varieties) were already shooting out of the protective tubes placed around them when they were planted. These buffers protect water quality in two tributaries that enter the James River just a half-mile downstream. This project and others like it are an important part of the solution to saving the Chesapeake Bay.